The 49 Deceased OFW From Dammam and Riyadh in Saudi Arabia has arrived at Ninoy Aquino International Airport.

The (DOLE) Department of Labor and Employment – 20 out of 49 OFW who arrived  first week of July had died from COVID-19 while the rest died from natural illness. Reports said the cargo plane carrying the bodies arrived at the Ninoy Aquino International Airport at around 10:30 a.m.

In the coming days, remains of more than 200 deceased Filipinos based from different country will be repatriated. Labor Secretary Silvestre H Bello III apologized for the delay of the repatriation but pursue that the government continues to bring and repatriate them all home.

“We sincerely apologize for the much-delayed homecoming owing to the lockdowns, and strenuous processes that we have to undergo for their return,” Bello added. Another batch of remains will be flown in from Saudi on July 12. 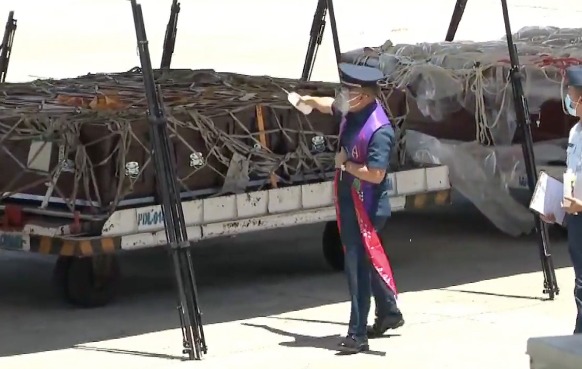 Earlier, the labor secretary assured the families and relatives of the 274 deceased OFWs whose remains would be brought home that the government will shoulder all repatriation cost. Bello said the families of the dead Filipino workers will receive benefits such as bereavement benefits and insurance.

Related Story : Less than 10% OFW Jailed due to unpaid loans

Data from the Department of Foreign Affairs showed that as of July 9, there are 8,792 confirmed COVID-19 cases among Filipinos abroad. Fatality count is at 592, while 5,254 have recovered and were discharged from medical facilities.